Ghana among countries with highest fuel prices in Africa - Report

Fuel prices at some pumps have increased by 9 pesewas

Ghana has been listed as one of the African countries with the most expensive fuel prices.

Currently, there is an increase in petroleum products on the market as some major Oil Marketing Companies (OMCs) have adjusted their prices by 9 pesewas.

Some OMCs, especially Goil and Total, now sell diesel and petrol at GH¢6.99 pesewas per litre. Previously, it was sold at GH¢6.90 pesewas at various pumps.

The upward adjustment is as a result of the rising crude oil prices on the international market. Now, the price of crude oil sells at $82.

In a report released by Global Petrol Prices, Ghana was ranked 11th among 44 African countries listed as those with high fuel prices.

Segmenting it to the West African sub-region, Ghana placed third behind Cape Verde and Senegal.

Meanwhile, Zimbabwe is the country with the highest fuel prices. Petrol and diesel are selling at GH¢9.76 ($1.6) per litre.

Transport operators in Ghana have lamented the increasing rate of fuel prices in recent times and have warned that transport fares may be reviewed upwards. 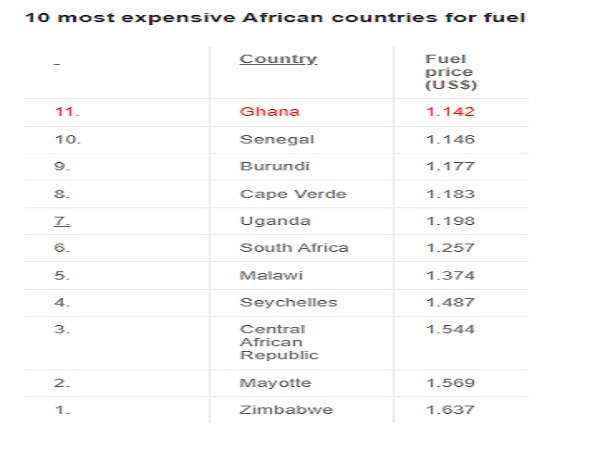 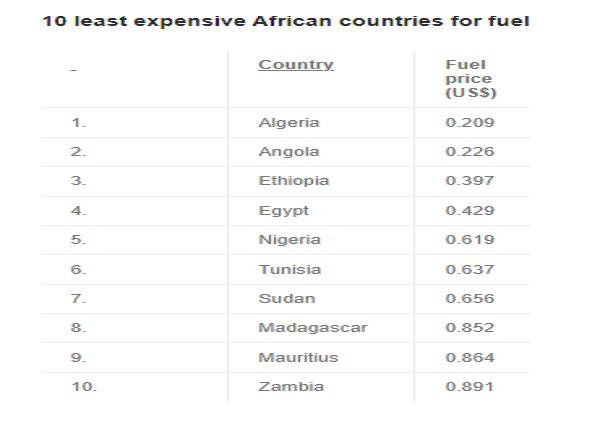