The Member of Parliament for Nsawam Adoagyiri Constituency, Hon. Frank Annor Dompreh has apologized for insulting Ghanaians who are campaigning to the government to #FixTheCountry.

Desperate Ghanaian youth who are reeling under the current economic hardship and incessant increment in taxes, rent, unemployment, poor healthcare have taken to micro-blogging site Twitter to tell the government to fix the mess in the country.

Persons who owe allegiance to the ruling party have taken various forms to insult and undermine the intelligence of the masses branding them as lazy and need to fix their attitude and themselves instead of accosting the government.

The legislator descended into the gutters insulting tweeps who were tweeting with the hash tag #FixTheCountry as fools who contributed to the mess by collecting bribes and contributing to the mess.

Perhaps after a sober reflection and some advise the legislator has taken to the same medium to render an apology for his insults. 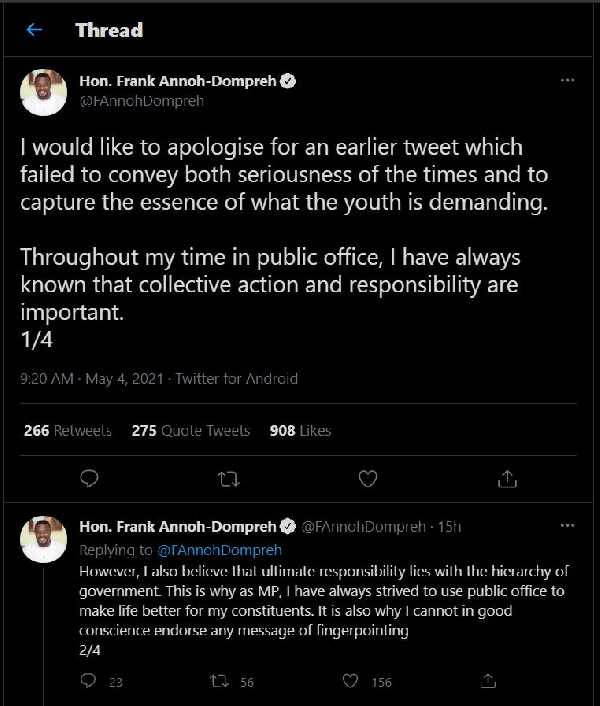 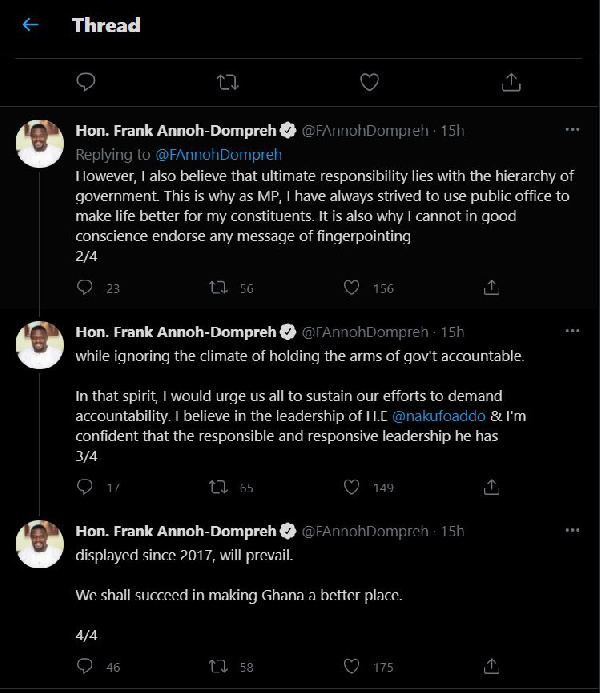 Kasoa murder: Police confirms the real age of one of the alleged killers