Months after three people were investigated for allegedly registering and attempting to steal the Kumasi Club as their bonified property, leadership and management of the club, has subsequently fired Charles Asabere, acting administrator of the club, over gross misconduct, forgery and fraud.

Quoting portions of the Labour Act of 2003, Act 651 which states that a contract may be terminated upon proven misconduct, the chairman of the Kumasi Club, Kwadwo Owusu Nyarko who is a senior health practitioner and health research scientist said, Mr. Charles Asabere, the then acting administrator of the club has been found to have misconducted himself and thus the need for the sack.

Kwadwo Owusu Nyarko cited a police report to prove that Mr. Asabere has indeed misconducted himself which contradicts the code of conduct of his job and that of the club and because of that he and others have been sued at a high court in Kumasi.

He advised the public to desist from doing any business with Charles Asabere since he is no longer an employee of the club and do so at their own risk. He has also urged Mr Asabere to desist from involving himself with any business associated with Kumasi Club.

Owusu Nyarko explained that the Asantehene is the life patron of Kumasi Club which was established in 1927 and boasts of highly trained professionals residing in the Ashanti Region and abroad and nobody can own or register the club without his notice and the agreement of the general body of the club.

Below is a copy of the termination letter served to Mr Charles Asabere. 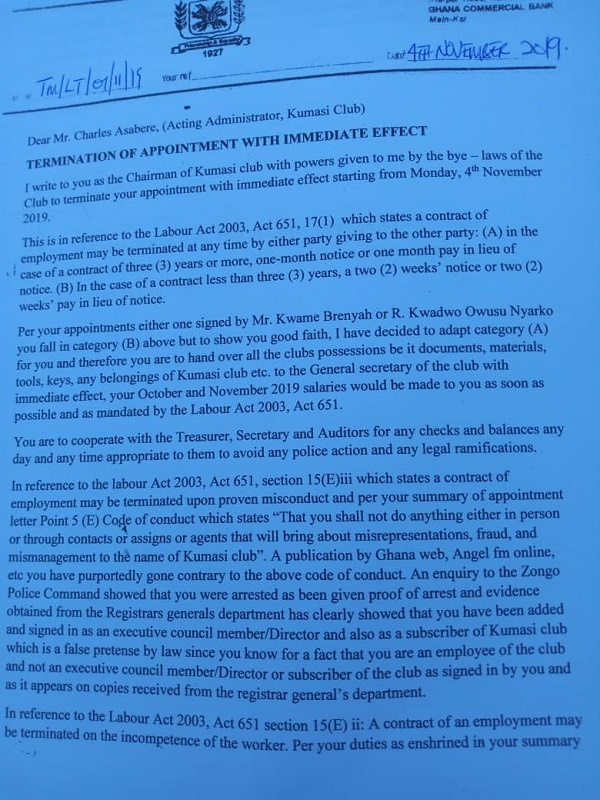 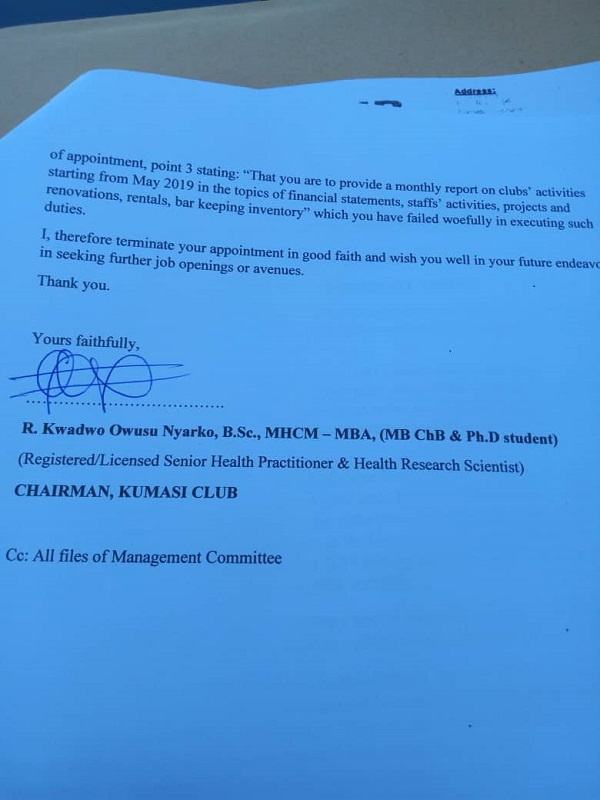 Request for Quotations- IT Equipment & Accessories